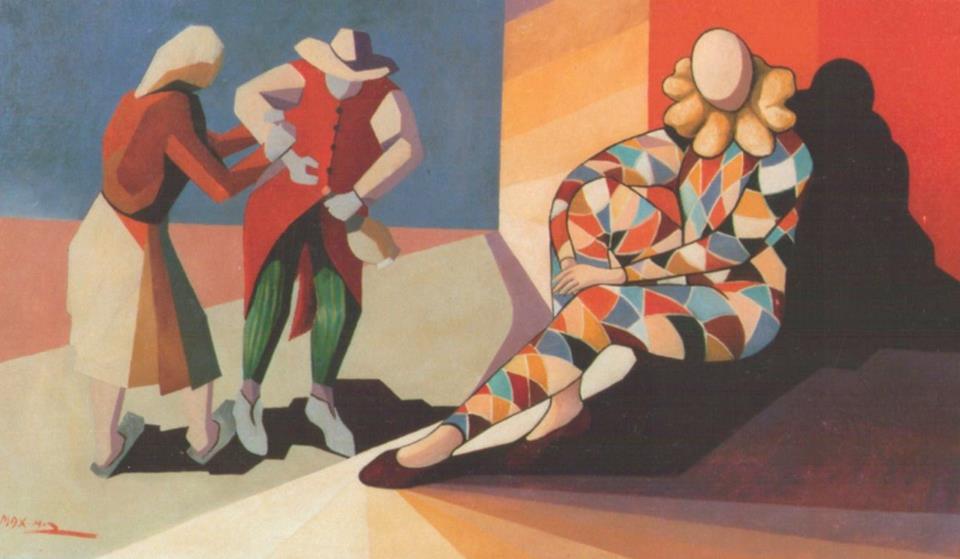 Interested from the youth into art and poetry, Max Mattei had a solid artistic education, due to the Art School and to the Academy. Thanks these experiences, he was awarded various prizes. An eclectic and complex character, the artist is able to bring his lively personality, but at the same time reflective, in art, thanks to the presence of classical, metaphysical and abstract trends, which interact with an important symbolism, expressed not only on canvas, but also through sculpture on wood and stone.

1.When did you realize that you would be an artist?In your opinion, do you become or are you an artist?
I started drawing and creating as a child. I believe that the intrinsic art of each person is both spiritual and psychophysical and those who practice it with the heart, therefore transmit emotions. In every work, who is up to it, it can read or see the author … unless the work is requested by the client, obviously.

2. Are you both a painter and a writer, what do you think is the “red thread” that keeps these two activities together? Do you think you can express your feelings equally by writing or painting?
I believe that every kind of art can be expressed both with gestures and words. In elementary school I didn’t know the artists, then I started to love Michelangelo, Leonardo and Caravaggio. I believe that over time all the most and least famous artists help us to understand ourselves. For many years I expressed my feelings through painting and sculpture, then I felt something in me that I wanted to express, and I wanted to express these feelings by writing, but I didn’t have the courage to start. Then once, a friend made me read a book he was writing, with the first PC … that was the push thanks to which I started, and we helped each other. My first book was partly autobiographical, as everyone does.

3. Which are inducements that help you in your creative process? Which are the artists that have brought you closer to painting and which ones have actually inspired you over time? Why?
The main stimulus to create comes from the desire to want to communicate to others. Without a doubt, Caravaggio and De Chirico inspired me, given that they mainly examine human anatomy.

4. Which are the subjects and themes that you feel best represent you?
I think the subjects that best represent me are the landscapes. If I see a landscape that strikes me, it’s enough for me to do it mentally, then on the canvas or table I transfer it with colors, sometimes adding or removing something, making it more personal.

5. I was very struck by what I would call the “faceless”; surely they are a well thought revisitation of the metaphysical current, but what do you want to express with them?
I, for example, see a very high spirituality, but at the same time made earthly. My works without a face have the following meaning: portraying the face, I believe that the work loses its artistic meaning and that it is at the same time penalized by the observer, thus blocking his imagination. Without a face the viewer can see anyone, completing the work itself, which then becomes mental. I love metaphysics, a technique that involves every observer with a bit of secret sensitivity.

6. Resume one of your “faceless” even on the cover of your novel “The Last Escape”, do you want to tell us something about it?
On the cover of the novel “The Last Fugue”, is represented the friar, character of the book, as well as the nun from behind. The publisher, initially, would have changed both the title and the cover, but in his presence I wanted it as it looks now.

7. There is a painting, which is then in all respects a self-portrait, in which you show yourself in apostolic clothing, remembering almost the Renaissance idea of ​​the representation of S. Pietro, an idea also due to the beard and white hair. Why this choice? Is the reference to this type of iconography wanted?
The painting you are talking about, actually includes a bit of everything, but mostly myself. If you look closely at the subject’s gaze, this goes beyond the present. Not having the model, I thought to using my hands, including part of the nose, eyes and beard. The whole is given by the moon among the clouds for the light and the dog that drinks as a companion of solitude.

8. We talked about Renaissance and Metaphysics, but in some works I also saw Futurism. I am obviously referring to the works in which you have decided to insert writings. How are these jobs born? What role does the word play in your artistic activity?
With regard to futurism, I am referring to the abstract in part, adding letters, which in reality, mixing them, carry with them a meaning. I take “La Rondine Ferita”: initially I used that table as a palette, and, at the end of another work I was performing, I noticed on those scattered colors and varied a meaning, I then added my fingerprints, the signature, the current year and the blood that comes down from the wounded swallow caught between the thorns.

9. The last theme I would like to talk about is about the human, in general, and the clown, in particular. Why are you so fascinated by clowns? How can the human represent this subject?
The human has a thousand faces, and the clown uses them differently every time, depending on the character he wants to interpret, whether he is smiling or suffering. 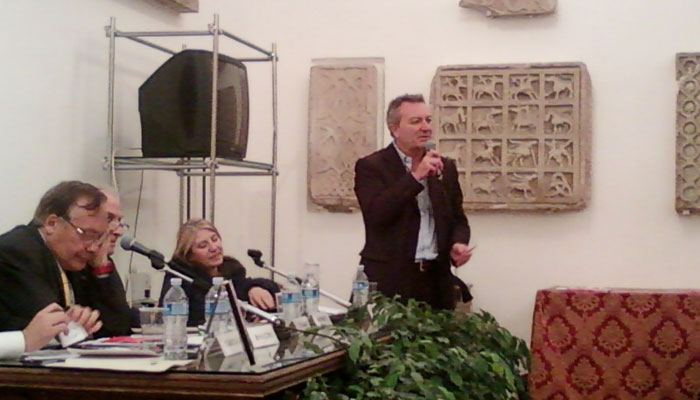 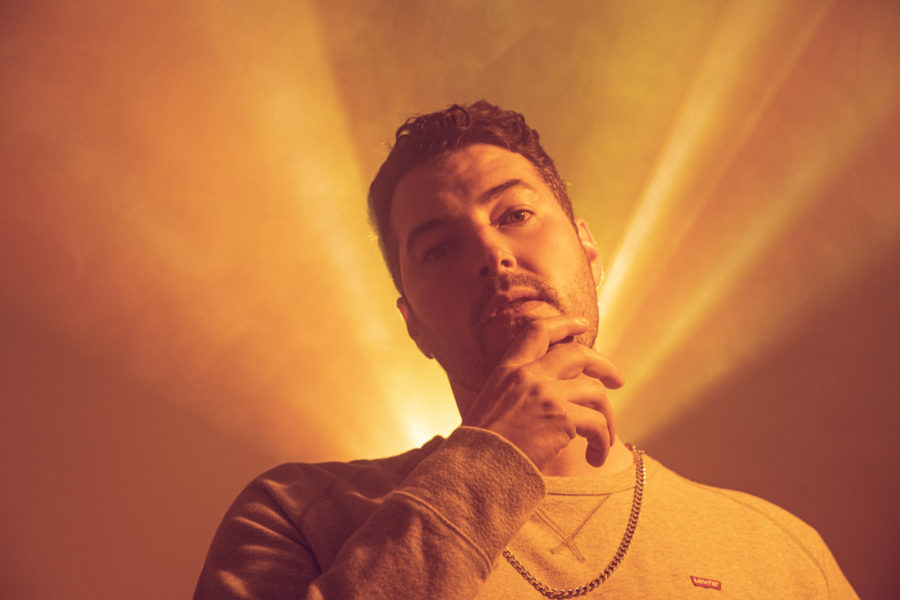 Jauz presents “The Wise and The Wicked”